(26 August 2022]  The Bryan Foundation is pleased to announce that applications are now open for eligible PhD candidates to apply for the next WH Bryan PhD Scholarship in Queensland Earth Sciences, with the successful applicant to be announced at the end of March 2023.

Established in 2018 by The Bryan Foundation, the Scholarship commemorates the legacy of Professor WH Bryan MC, who made many fundamental, impactful and diverse contributions to the geology of Queensland, tertiary education and societal wellbeing.

The inaugural Scholarship was awarded to Robert Emo in late 2018 to undertake research at the Queensland University of Technology (QUT) with Professor Balz Kamber to investigate rare, deeply sourced rocks or xenoliths brought to the surface by volcanic eruptions. 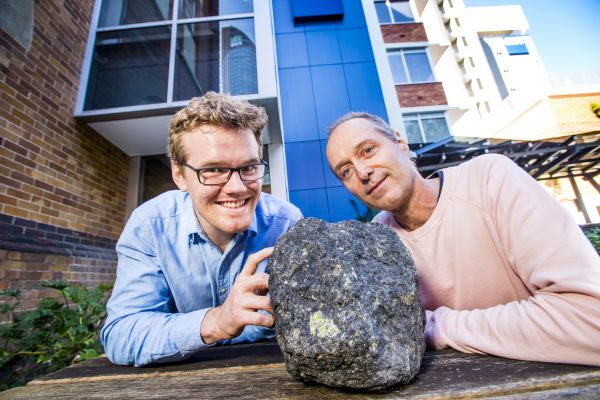 Robert completed his doctorate at QUT in June 2022 and his thesis, Probing the lower continental crust with petrology and geochemistry of Queensland xenoliths, can be found [here]. His work is also published in several preeminent geological and scientific journals around the world listed below.

Following in the footsteps of his grandfather WH Bryan MC and father, Bob Bryan AM, is QUT geologist Professor Scott Bryan and a Director of The Bryan Foundation.

Professor Bryan said the aim of the WH Bryan PhD Scholarship is to advance the understanding of Queensland Earth Sciences by addressing a globally significant problem leading to impactful outcomes.

He congratulated Robert Emo for his outstanding efforts completing his PhD away from his Irish homeland and during the global pandemic.

“While the world was being impacted in different ways by Covid-19, Robert was able to complete his thesis on time and make significant advances in understanding of what happens in the lower crust and how the lower crust is connected to magmas and igneous rocks we see at the surface in Queensland,” Professor Bryan said.

In August 2021 Robert presented that research (virtually) at the Microscopy & Microanalysis 2021 conference which is the largest scientific meeting on microanalysis and microscopy in the world.

“Robert was an excellent inaugural WH Bryan PhD Scholar, and the Foundation has been very fortunate to have such a diligent and professional candidate. We are extremely pleased to hear that Robert has been successful in being awarded a prestigious Humboldt Research Fellowship to Germany and that the WH Bryan Scholarship was able to provide Robert with an excellent academic preparation for what will be a successful academic research career.”

The WH Bryan Scholarship is available to domestic or international students meeting the entry requirements for the PhD programs at one of the eligible institutions, with the aim of supporting developing researchers in obtaining a highly valued research experience in Queensland.

Professor Bryan went on to say that the level of international interest the WH Bryan Scholarship has generated since its inception has led to The Bryan Foundation increasing the scholarship program’s funding by a further AU$20,000 to AU$170,000 in total.

"A one-off payment of up to AU$20,000 will help cover the start-up costs associated with the commencement of the PhD project and that can be used towards relocation expenses, airfares, visa fees or health cover costs for international students and any dependents."

The WH Bryan PhD Scholarship is aligned with the educational focus of The Bryan Foundation which endeavours to support and empower people through education.

“The Bryan Foundation is proud to continue the legacy of WH Bryan and the important inroads he made.”

An independent selection panel of eminent Earth Scientists has been established to review and recommend the award of the 2023 scholarship. The Bryan Foundation sincerely thanks Mr Peter Ellis for being a part of the 2018 assessment panel and his contributions to the inaugural WH Bryan Scholarship round. The Bryan Foundation welcomes Honorary Professor John Jell AM to the selection panel for 2023.

Professor David Gust joined QUT in 1990 and held numerous leadership and senior management positions in the university before retiring in 2017. This included being the foundation Head of the School of Earth, Environmental and Biological Sciences in the newly formed Science and Engineering Faculty (SEF), SEF Assistant Dean (Executive), SEF Assistant Dean (Research), Deputy Director Institute of Future Environments and Science Academic Director.

He has worked at the University of New Hampshire and the Lunar and Planetary Institute and NASA – Johnson Space Center.

Trained in the fields of geochemistry and igneous petrology, Professor Gust has undertaken research that ranges from experimental studies on the origins of rocks and minerals to field studies on volcanoes in Japan and Africa and granites in Australia and USA. He has over 70 peer-reviewed publications and conference abstracts, and supervised more than 60 Honours, Masters and PhD students. He was a foundation member of the Australian Council of Environmental Deans and Directors (ACEDD) and a past President of the Geological Society of Australia (Qld Division).

Rod is an Adjunct Professor of Structural Geology at UQ, and a founding member of HCOV Global, a consortium of consultants to the minerals exploration industry. His undergraduate training was at The University of Sydney, where he graduated with First Class Honours.

Following several years as an exploration geologist, he completed a PhD at Stanford University in 1973. Rod joined The University of Queensland as a Lecturer in structural geology in 1974 after a brief stint at Leiden University in The Netherlands.

His academic research over the following 30 years included structural analyses in both Precambrian metamorphic terranes and Phanerozoic continental margin terranes in numerous countries but with a focus on Queensland.

Following retirement from active academia in 2005, Rod began a structural geology consultancy to the minerals industry, and over the subsequent 12 years worked on the structural context of 34 mining and exploration projects in 17 different countries. Rod is the recipient of The Dorothy Hill Medal (for services to Queensland geology), and the Bruce Hobbs Medal (for services to Structural Geology). His CV includes 1 book, 3 book chapters, 66 refereed journal articles, 4 published maps, and over 100 non-refereed articles and reports.

John Jell AM was a student in Professor WH Bryan’s last BSc class of 1957-59 in the Department of Geology and Mineralogy, University of Queensland. John joined the teaching and research staff of that Department the following year and retired as its head in 2001. Currently, he is an Honorary Professor within the School of Earth and Environmental Sciences.

Some 150 research papers on the geology of Queensland, fossil corals and coral reefs, stratigraphy and palaeontology, and the Great Barrier Reef have been published as contributions to books, scientific journals, and conference proceedings. John was an Australian representative on both the Silurian and Devonian International Stratigraphic Subcommittees. He was awarded the inaugural Dorothy Hill Medal for his contribution to the geology of Queensland in 2002, and the H Milne-Edwards medal by the International Fossil Coral and Reef Society in 2011.

John lectured in palaeontology, stratigraphy, geological evolution of Australia, marine geology, and the biology and geology of coral reefs, as well as heavily involved in field teaching. From 1970, he supervised over 50 post-graduates.

He was also involved with secondary education as examiner, assessor and member of the Curriculum Committee for Earth Sciences, Board of Secondary School Studies. He served 23 years, 7 as chairman, on the Anglican Church Grammar School Council and 20 years on the Anglican Schools Commission overseeing all Anglican schools in southern Queensland.

John held executive positions on numerous scientific and community organisations, being elected a Fellow of the Geological Society of Australia in 1999 and Hon. Life Member of the Royal Society of Queensland in 2000.

In 2021, John was made a Member in the General Division of the Order of Australia for “significant service to environmental science education, and to geological societies”.

This thesis investigated the poorly constrained composition and evolution of the lower continental crust in Queensland through geochemistry, geochronology, and petrological modelling.

Emo, R., & Kamber, B. (2022). Linking granulites, intraplate magmatism, and bi-mineralic eclogites with a thermodynamic-petrological model of melt-solid interaction at the base of anorogenic lower continental crust. Earth and Planetary Science Letters, 594,117742. visit

Evidence for highly refractory, heat producing element-depleted lower continental crust: Some implications for the formation and evolution of the continents

The composition of the lower continental crust is estimated via the analysis of granulite xenoliths, granulite terrains and geophysical properties. All three…

Accurately constraining the composition of the continental crust is essential for understanding Earth's geological evolution. However, due to the difficulty of accessing the deep crust...

Current estimates for the composition of the lower continental crust show significant variation for the concentrations of the highly incompatible elements, including large uncertainties for the heat-producing elements...

The key to understanding what lies 30 kilometres beneath us

The continental crust of a planet such as Earth serves as a geological timeline of its evolution. While the Earth's upper crust is relatively accessible, and therefore quite well known to science, the lower part of the crust remains somewhat mysterious. 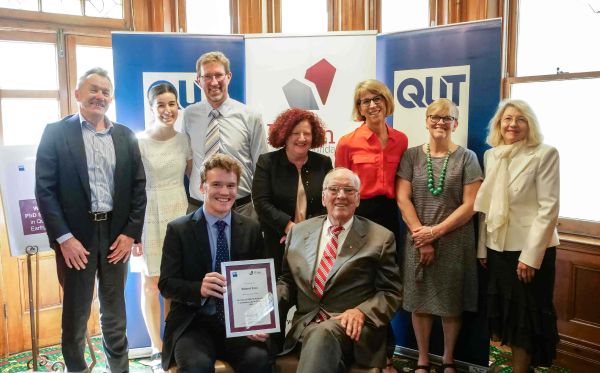 [20.11.2018] The Bryan Foundation is delighted to announce Irish PhD student Robert Emo is the inaugural recipient of the WH (Walter Heywood) Bryan PhD Scholarship in Queensland Earth Sciences who will carry out his doctorate at the Queensland University of Technology (QUT).

A special presentation was held at Old Government House within the grounds of QUT’s Gardens Point campus on Tuesday 20 November, to celebrate and welcome Robert on his exciting new endeavour.

The WH Bryan PhD Scholarship in Queensland Earth Sciences was established by The Bryan Foundation to advance the understanding of the state’s earth sciences by addressing a globally significant problem that leads to high impact outcomes.

Robert, who previously completed his undergraduate studies at Trinity College Dublin and then a Master of Science at the University of British Columbia, will now continue his postgraduate research at QUT where his field of study will investigate rare, deeply sourced rocks brought to the surface by volcanic eruptions.

The WH Bryan PhD Scholarship was open to candidates who would be hosted at one of Queensland’s three universities undertaking undergraduate and postgraduate teaching and research programs in earth sciences, being James Cook University, University of Queensland and QUT.

Robert’s selection followed a rigorous evaluation process overseen by an independent panel of eminent earth scientists who have a wealth of experience in studying and researching the geology of Queensland built up over many years.

His scholarship grant was based on the quality of Robert’s application and the potential and strength of his elected project.

“My research aims to link the evolution of Queensland’s lower crust to shallower processes expressed at the surface, such as the formation of sedimentary basins including Queensland’s coal beds,” Robert said.

“Through the generous funding of The Bryan Foundation, I am very excited to be able to conduct cutting-edge research utilising QUT’s state-of-the-art facilities.”

Presenting Robert with his scholarship was WH Bryan’s son, Bob Bryan AM — also a prominent geologist — who was joined by members of The Bryan Foundation’s directors and family, together with QUT’s Science and Engineering Faculty academics, the judging panel and QUT Vice-Chancellor and President, Margaret Sheil AO.

Grandson of WH Bryan and QUT geologist, Associate Professor Scott Bryan said his grandfather made many impactful and wide-ranging contributions to his research field, tertiary education and societal wellbeing.

“Pop taught and researched in mineralogy, petrology, field geology and a particularly engaging topic he taught and posed to his students was ‘major problems in geology’."

Scott went on to say this subject area was essentially the forerunner to plate tectonics…a theory we now take for granted but in his time, it was still two to three decades away from being realised.

“Robert’s successful project of study has many overlaps with Pop’s areas of interest.”

The Bryan foundation congratulates Robert and is looking forward to seeing the successes of his research over the coming three years as the Foundation’s inaugural WH Bryan Scholar.

To view images from the official presentation, please click here 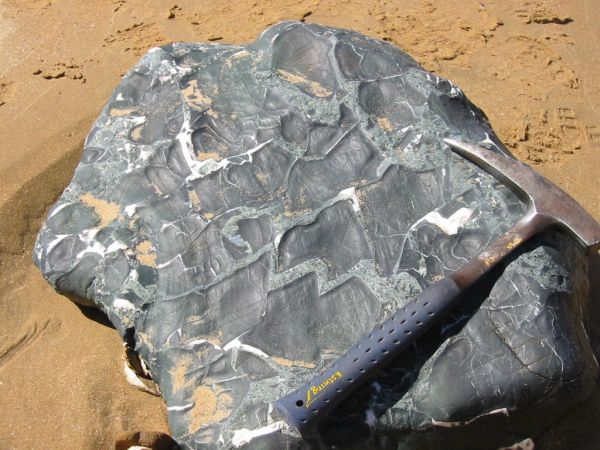 Participating institutions can download the letter of support template here.